For some of you this may come as a surprise: for the past 11 months, I was living in the Canadian capital. But now in less than a week, I will be leaving her for my new life in Poland. But I guess you’re wondering what brought me here in the first place. Why didn’t I blog about my experiences here? The truth is…I just didn’t have the time. 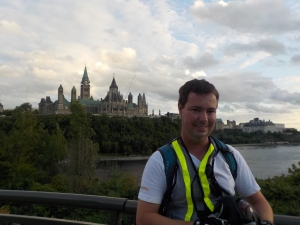 I came to Ottawa to pursue a second masters degree in Applied Linguistics. It seemed like a good idea, and that it would open more doors for me. I had a full scholarship, including a TA position.

However, this seemingly good idea turned out to be a sour one. I soon discovered that I had gotten myself into something way over my head. The workload was very demanding, where I would be holed up either at home or at the library working on research papers and endless readings. Classmates were too busy to socialize, exacerbating the situation. As a result of this time consumption, my WIP got put on hold, my posts stopped appearing, and ultimately I witnessed an attrition of followers – both on social media and my blog. My TA deal wasn’t any better. The professor I was assigned to mistreated me to the point where I had to consult my union.

I began to realize that this quest for a second masters was doomed to failure. I had been in school long enough, and needed to return to the working world. And while I was at least enjoying Ottawa, my next adventure could not include her.

Despite the hardship of my university experience, I managed enjoy all that Ottawa had to offer. It’s truly a unique experience to spend an extended stay in the capital of one’s country. In Ottawa, it’s a big city with a small town feel, where outdoor activities are plentiful all year long! As I prepare to depart my nation’s capital, I reflect on some of the highlights of my time here:

Many apologies for not sharing my Ottawa experiences with you. It was just burdensome to share something, which for awhile was causing great pain. However, I am definitely looking forward to Poland as I have dreamed of working abroad for many years now.

No content – including blog posts – may be reproduced without express permission from the site owner.